the madness of Czech New Years

I’ve been to my fair share of mad New Year celebrations.

There was one in the small Georgian town of Bolnisi. Georgians are a bit on the insane side with fireworks, in that kids’ favorite hobby there through the month of December is to shoot people with Roman candles and lob around M80s like they're dubloons at Mardi Gras.


Besides that, the town had organized a concert, with a grand fireworks display afterwards. The only problem was that during the display, one of the rocket tubes fell over and started firing the fireworks into the crowd. I imagine probably one of those danged kids did It, but I’ve no evidence.

Tbilisi itself is equally crazy. I spent one New Years on a rooftop, with basically a three-hundred and sixty degree viewing of fireworks for about thirty minutes, enough explosions to make you question if the Russians had decided to invade that night or not.

I tell you, when it comes to fireworks, Americans are nothing but pansies. We can blow up any country in the world, but when it comes to shooting off a little powder into the sky for a nice view, we’re completely incapable and terrified of it. Europeans and others completely lack that fear, and they don’t have all the nanny laws that Americans have built in, since they don’t care as much about frivolous litigation. Americans love that crap. Just look at who we voted in?

Prague though definitely ranked up there.

It’s tempting of course to book something expensive to party through some night that’s supposed to be memorable because a 16th century Pope told us it was.

But we decided to take the cheap option.

We started the night at Brix Bar and Hostel in Zizkov. Brix had all the appearances of a cool hipster hostel, if you had no sense of olfactory. As soon as you open the door, you’re hit with a wall of smoke. Even if people weren’t smoking, the place would still wreak of stale, chemical laced tobacco, not the good loose leaf your granddaddy used to smoke on the patio.

The bar though was a good thrill. Lots of people, lots of friends and locals, not what you’d expect from a hostel bar on such a holiday. The beers were nicely priced and the staff friendly enough, filling up to-go cups so that we could walk up Vitkov Hill well-stocked. Another difference with most cities in America--you can drink beer on the streets.

For those of you who’ve been to Old Town Prague, you might have spotted Vitkov. It’s the one past the rail station and the highways, with the giant equestrian statue on it. That monument belongs to the great Czech hero, Jan Zizka, for whom the neighborhood is named, who defeated King Sigismund during the Hussite Wars. I think it says something about Czechs that there are more rebels on their list of national heroes than there are kings.

The Hussites had taken Prague and Sigismund had sent down an army to quell the rebellion. They set up camp and fortress in the king’s vineyards on the hill, but were quickly attacked by the Hussite general, who led his armies to victory, and sparked an eventual consolidation of Prague’s fortresses. The battle was immortalized by the painter Alfons Mucha in his “After the Battle of Vitkov Hill”, featured in his grand opus, The Slavic Epic.

For anyone spending New Years up on Vitkov, it would have seemed that the war had returned. Rockets began their red glares even before the countdown to midnight began. Across Prague Roman candles and smaller peonies and horsetails started their bursting above the tiled rooftops. And then when that countdown finally hit midnight, the real fun began.

On cue, the entire city seemed to explode. Chrysanthemums, kamuros, spiders—fireworks of all kind erupted. The main city staging grounds from what I could tell were over the Old Town Square, Letna, and Vitkov.

You read that right. Vitkov.

Where we were standing.

Suddenly from directly above us, explosion after explosion pulsed through the air, the thick mass of people immediately swung their heads up as bits of paper and chunks of petrified powder made their way down.

The smoke was nearly impenetrable.


It’s hard to gauge when the official display ended, as people put down their own sets of rockets and lit them up. We left about an hour after, fatigued by the constant explosions, quite satisfied though with everything, a stranger’s bottle of champagne in my hand quickly being drained.

This would never have gone down in the US, I tell you what. Anyone remaining in America during Trump’s reign should do themselves a favor and visit a European country at New Years. 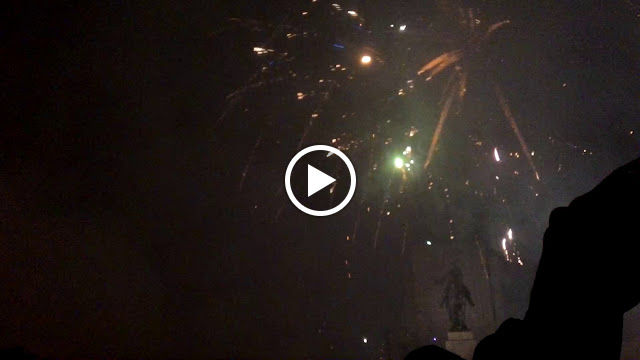 Posted by Saint Facetious at 12:35 AM 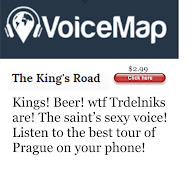 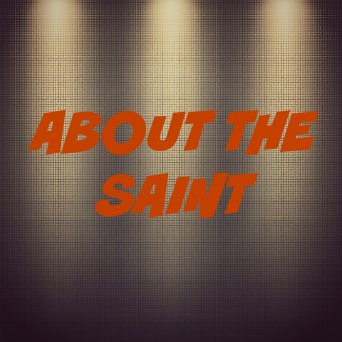 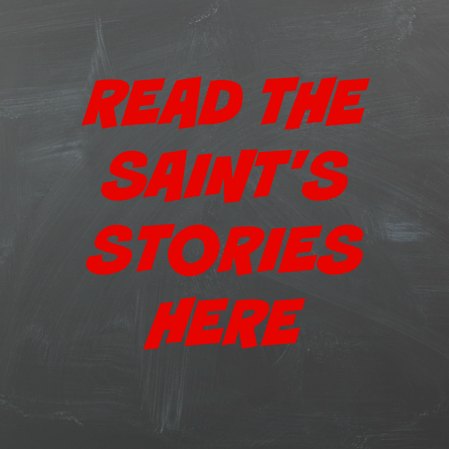